The motion graphic portion begins at 2:15.

Created for the Red Wolf Exhibit at the Museum of Life and Science in Durham, NC. This video is shown to young kids as part of an educational program to show the basics of selective breeding. I created the wolf and all Illustrator graphics and created a story board based on the script provided by the museum. I then hired a broadcast student to do the voiceover and animated and put together the video in After Effects. The video footage was provided by the museum as part of a previous project. 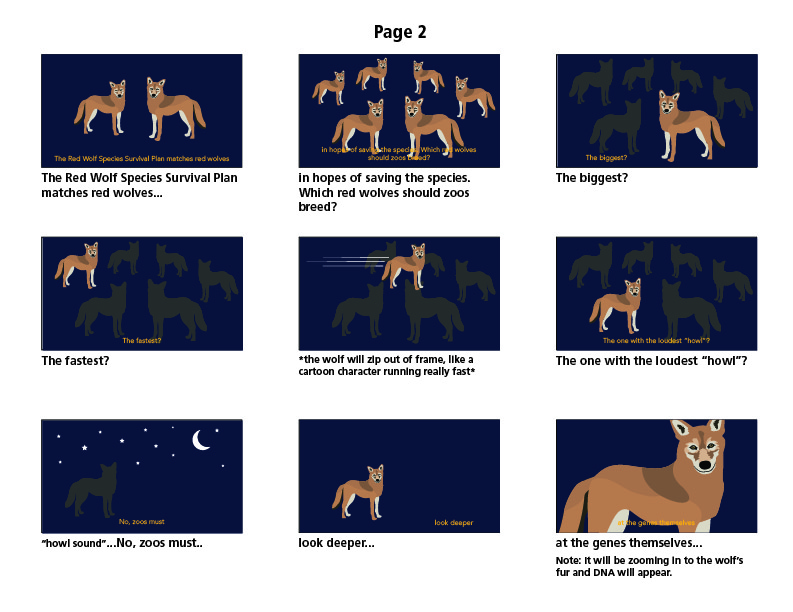 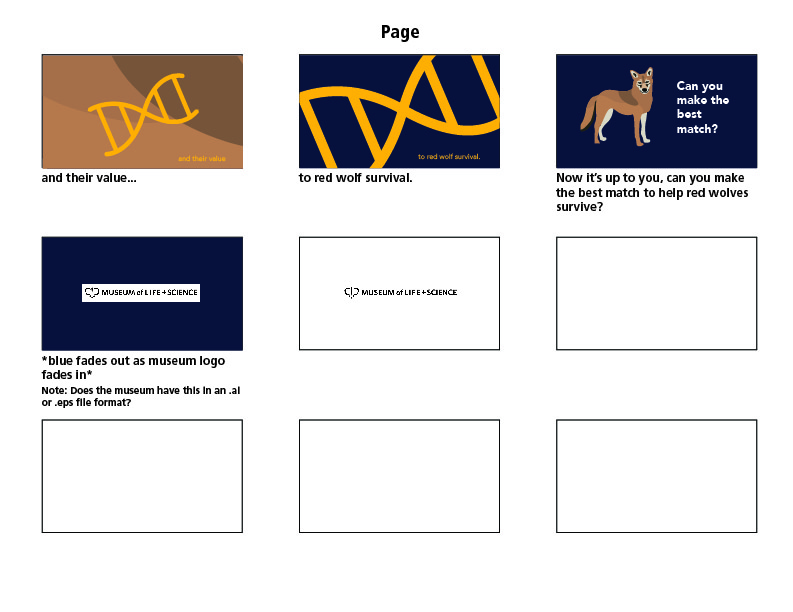 This is the original storyboard I created before I began animating. Some of the script and graphic elements changed between this point and the final animation.